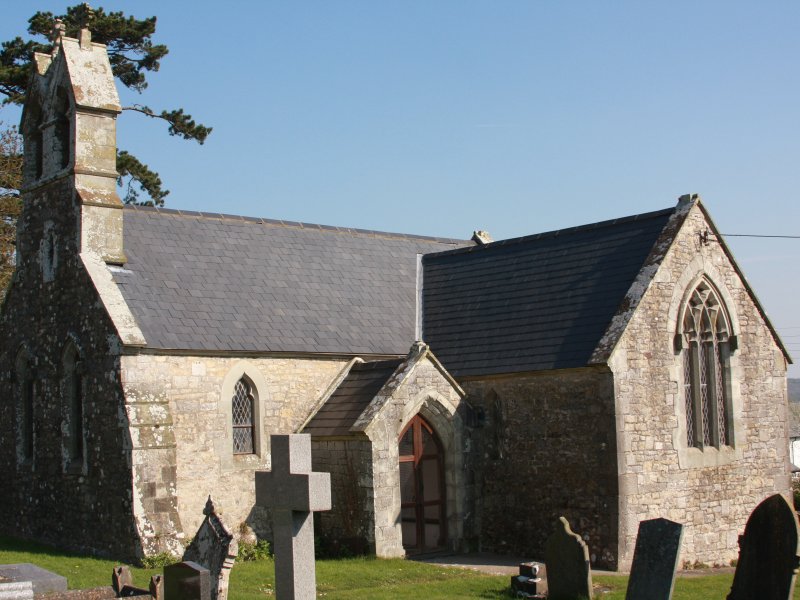 The 13th century font, a priest’s door on the south side of the chancel, and a niche in the south-east corner of the sanctuary containing a damaged piscina, are medieval survivors of heavy Victorian restoration.

Also surviving, in the south transept, which was built in the 14th century as a funerary chapel for the le Fleming family, is the effigy of Dame Joan Fleming. Wearing an elegant flowing gown, her head on a cushion, her feet resting on a lion, she lies beneath a decorated recessed arch.

Under a plain recess in the north wall of the nave is the stone effigy of an unidentified female.

On the wall in the north-east corner of the nave is a large monument to Edward Williams (Iolo Morganwg). The monument was erected in 1855 when the church was restored at the expense of the Countess of Dunraven. It comprises a double tablet with long inscriptions in English and Welsh commemorating Edward Williams as bard, antiquary and stonemason. The adjacent stained glass window is dedicated to the memory of Iolo’s grandson Edward Williams (d. 1889).