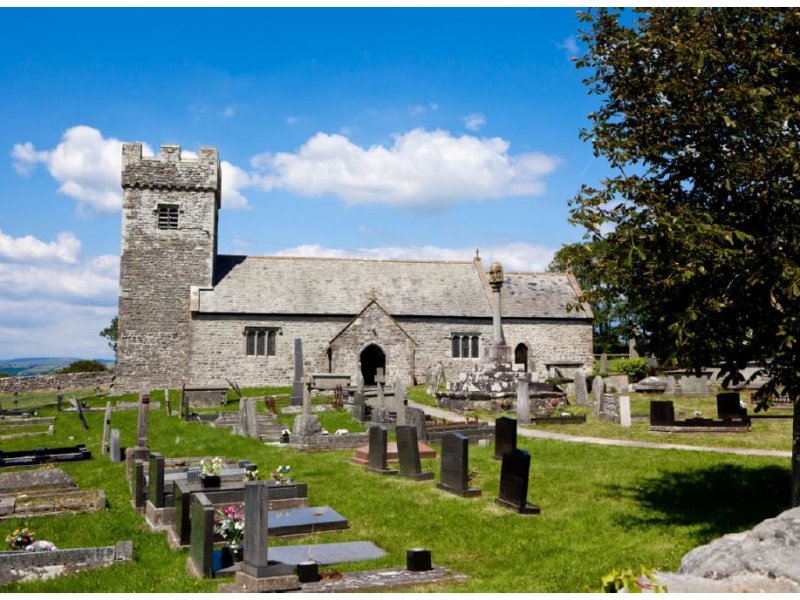 The early history of Christianity in the parish is obscure but Iolo Morgannwg, the Vale writer and romantic, states (without substantiation) in his MSS that Perio de Gildas founded a Christian cell at Llanfair-y-Mynydd.

In 1254 the church at St.Mary near Gelligarn was valued at one mark.

The present church, restored in 1884, is the fifth to be built on the site. It stands in isolation from the present village, a characteristic feature of the non-nucleated settlements of the upland parishes in Glamorgan.

In 1687, the ruined mediaeval cross that had been lying neglected in the churchyard was restored by Sir Thomas Franklen.

Church House adjoining the churchyard is now a private dwelling but originally it was built in the 17th century as a meeting house to discuss parochial matters. The 1861 Census shows that Church House had been licensed to sell beer and spirits and was re-named the Bell Inn.